We operate in the telecommunications market, developing and producing in Brazil solutions based on the principle of devising new standards for access networks and new services for the telecom market.

Our comprehensive portfolio of equipment and highly flexible industrial plant allow the production of different models, regardless of the scale of production.​

Our R&D is aimed at delivering customized solutions to meet the technical requirements and needs of our customers, imprinting to their equipment the mark built out of half a century of technology and quality.

For more than 50 years we have believed and invested in the potential of the domestic industry for the supply of telecommunications solutions.​

Throughout his career, he bequeathed several contributions to society, by means of his entrepreneurial and innovative spirit, becoming one of the leaders of telecommunications industry in southern Brazil. More than the mark of entrepreneurship, Paulo Renato left – to all those who continue his work today – a culture of faith in people and in that the best work is that done by teams, and the best result is acquired when the major challenges are overcome.

For additional information about our products and services, contact us today.​ 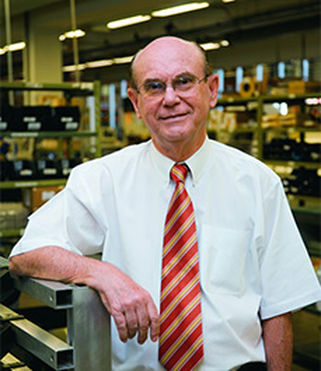 Development of the first bank security alarm system using CARRIER technology for data and voice transmission over the same telephone line - this technology was patented by Parks.

Development of the first modem with fully Brazilian technology, in partnership with UFRGS - Federal University of Rio Grande do Sul.

Parks official entry in the IT market with the founding of Parks Informática, while still maintaining Parks Sistemas Eletrônicos, responsible for developing bank alarm systems.

National launch of Duolink HPNA ("pre-ADSL"), a product which allowed the transmission of 1Mbps (voice and data) over the same wire pair. This solution was patented by Parks.

Opening of the new plant in the Industrial District of Cachoeirinha (RS).

Launch of 3G and EFM lines of products, which brought new technologies for digital inclusion and broadband access to the Brazilian market. In the same year, Parks was awarded SUCESU 40 Years prize in the Popular Jury category, for the design and commercialization of UP 1200 modem, developed in partnership with UFRGS, in 1978, which was chosen as one of the five most innovative equipment launched in the last four decades.

Celebration of the 50 years of Parks

We work to bring innovation to the Brazilian technology industry and to enhance local research, development and manufacturing.​